If you’ve listened to the latest episode of the podcast you would have heard that I’ve been on a bit of a gaming kick recently, more so than I have for a while. I mentioned there that a lot of my time is spent on the Nintendo Switch, despite also owning a screaming fast Xbox One X, so I took a bit of time out to try and understand what the draw is of the Switch, and Nintendo in general.

From an early age, my life was full of adventure and wonder. By the time I had hit my early teen years I had already been on an epic quest to save a princess, I’d visited the stars and even raced a hovercar in the year 2560 at breakneck speeds. Life was good and the future was truly bright. I could do anything.

Role forward another twenty years or so, to early 2019, and the bright future I had been promised was nowhere to be seen. The colourful splendor of my youth had dissipated, only to be replaced with a heavy grey sheen of despair. My life was no longer full of honourable quests and laughing with friends. It was full of monotonous tasks such as the daily commute and a repetitive need to bang my head against a brick wall, metaphorically speaking of course. My life had become a monochromatic reflection of its former glory. Don’t get me wrong, I have a loving family, a good job and my health, but there is an aspect of my life that was in dire need of some colour. I needed a ‘Wizard of Oz’ moment, in that my life, like Dorothy’s, will change from a dull sepia to vivid life and colour.

Very recently I finally had my ‘Wizard of Oz’ moment. My life, once devoid of hope and luminosity, once again exploded into colour. What I am trying to say, via the use of some very convoluted metaphors, is that Shuntaro Furukawa and his company Nintendo were back in my life, thanks to the purchase of the Nintendo Switch. I had owned the Wii U (and Wii) prior to this, but the Wii U just didn’t grab my imagination like the Switch did, and continues to do. 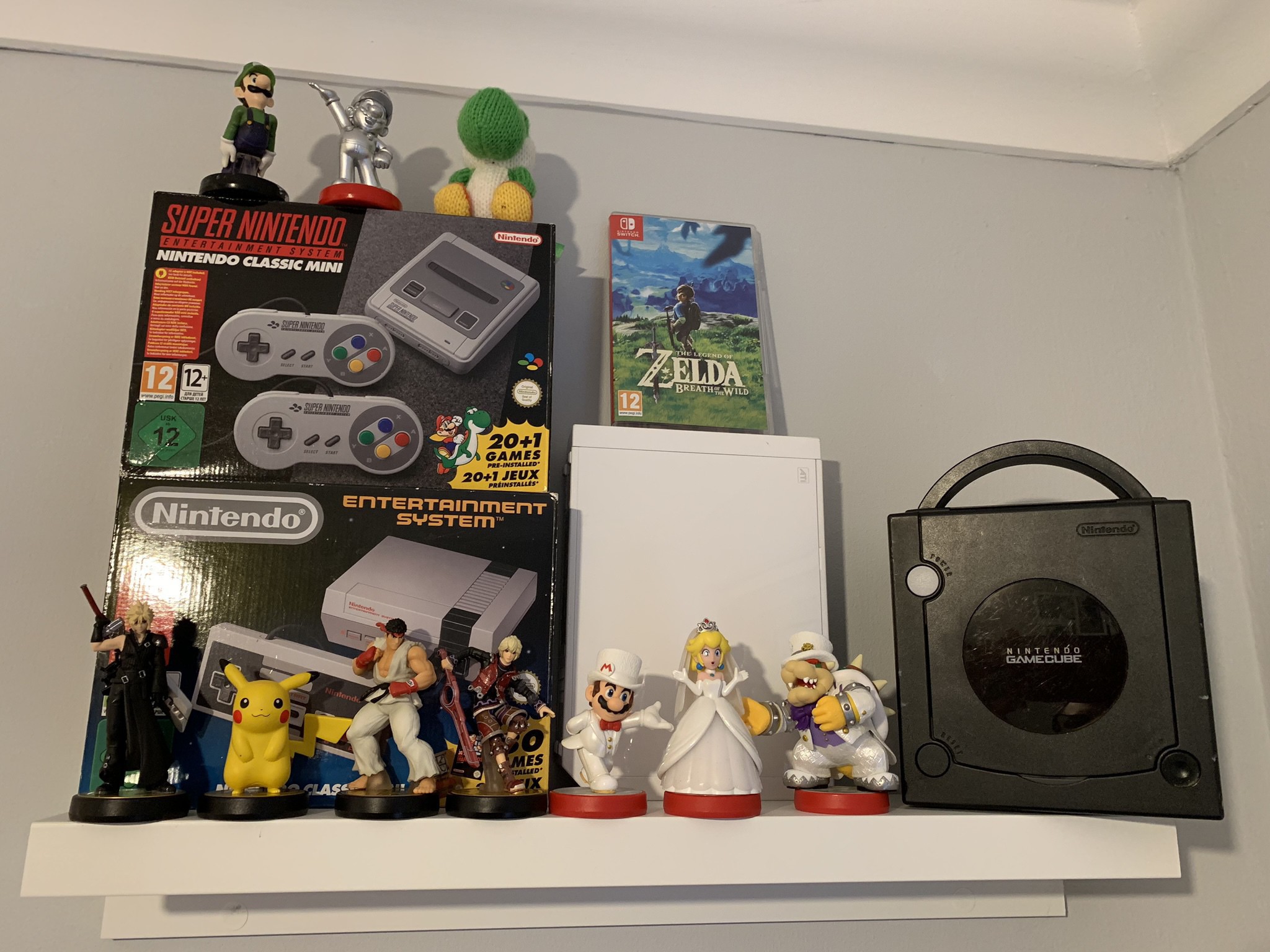 Since its release at the start of 2017, the system has seemingly exploded. Initially, at least, it was unlikely to be anyones primary console, but it lends itself to be a perfect secondary one. It feels like this has been a major contributing factor to the sales phenomenon the Switch has turned out to be. The flexibility of it’s use-case, as a home console or mobile device ticks so many boxes, and can easily be justified as a companion to an Xbox, not a replacement.

I’ve been a big fan of my Xbox (of various generations) over the years, and again continue to enjoy it, but after hour 500 in Destiny, having torn through thousands upon thousands of repetitive monsters, the grey drabness I mentioned above really started to sink in. I started to miss the colour, energy and pure joy that is a Nintendo console and it’s enviable pile of fantastic IPs.

I recalled my fondest gaming memories, such as playing The Legend of Zelda: A Link to the Past, a game that remains one of my favourite of all time, and of endless multiplayer matches of Goldeneye and Street Fighter 2 with my brother. The list went on and on, with a single, very important link (pun intended) binding my happy memories together. That link being, of course, Nintendo.

My hunger for new Nintendo hardware was not hampered by the lackluster Wii U. The device felt cheap, it didn’t work well and the game catalog ended up being attrocious, but the console did act as yet another example of Nintendo not resting on its laurels and not following the crowd. It was something different, unique and it turns out it formed the very core foundation of what would become the Nintendo Switch.

When I started to see some of the announcement videos, as the launch date approached, I was both very nervous they could actually pull of what was promised this time, still tainted by the Wii U, but also completely on board. if anyone deserves my trust and loyalty when it comes to gaming, it’s Nintendo. It turns out this trust paid off, big time.

The console, as is the hallmark for Nintendo, took past design cues, both those that were successful, and those less so, and evolved the Wii U design into something that both looks, and feels, leaps and bounds ahead of what came before it. The console felt mature, yet maintained so many of the nice, family friendly characteristics that make Nintendo Nintendo, from the quirky dual controllers that can pop up for a quick 2 player action, to the smart colours and designs.

The strength of Nintendo’s past offerings has always sat with their first party games featuring Link, Mario, Kirby et al. This hasn’t changed with the Switch, but something that even Nintendo didn’t bank on, I’d imagine, is the incredibly strong third party support from incredible feats of engineering with ports of Doom and Wolfenstein 2, to unbelievable support from the indie community. Games such as The Messenger and Celeste are some of my favourite games on the system. While these are not Switch exclusives, they do feel so incredibly at home on the dynamic little console.

The point of this short article was not to review the Switch, it’s a bit late for that at this point. It was more to share a thought that gamers need to start remembering what it is that drew them towards the hobby in the first place. I can appreciate that we’re a diverse race, and we all have different ideas of what is fun and enjoyable. If the best graphics and realism are key for you, then by all means keep buying the Playstation 4’s and XBox One’s of this world. If, however, you yearn for a return to pure, and unadulterated fun in your life, I think you’re doing yourself a disservice by not picking yourself up a Switch and jumping into some of the most relaxing, empowering and enjoyable gaming experiences available today. I defy you to fire up Mario Kart 8 and not feel a massive grin crawl across your face …

I will always have an affinity to Nintendo, but systems like the Switch not only cement this for me and bring that much needed colour back into my life, but it will no doubt turn a whole new generation of young gamers onto the fun, lighthearted side of gaming that is needed now, more than ever.​