As I mentioned in Episode 19 of the podcast, I want to focus my time, both on the blog and elsewhere, on positivity and things that I enjoy. To this end, alongside the tech, I’m keen to put a bit more emphasis on gaming as well. I’ve even started to stream a little more frequently to my Mixer account. I have, however, realised being a streamer is far harder than I imagined. It turns out all I do is mumble to myself like some kind of mad man …

Gaming was one of my first passions, way before more fruit based technology took a hold of me. I look back fondly on many an hour spent on the Atari ST, my first computer system I recall with any form of gaming capabilities.

To date, my passion for gaming, and podcasts, have remained largely disparate. I try to listen to a few more genres than just technology, but gaming podcasts have been largely lacking from my library. That looks to be changing, however.

Daryl Baxter of The Outpost Show fame recently announced a new show, PAL Keys which sounds right in my wheelhouse. 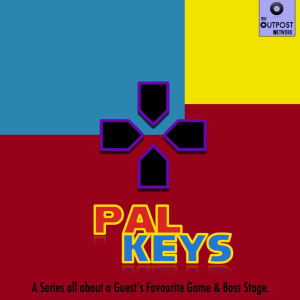 Each episode will feature an interview with a different guest, talking about their favourite game and boss stage. This sounds like a really interesting take on an interview show. Nothing gets to the soul of an individual better than a deep dive into their gaming past. This premise has certainly got me thinking about some of my own favourite games and gaming moments, from the, then, heartbreaking death of Aerith in Final Fantasy VII (apologies if this is a spoiler!) to hours spent getting a kicking from my brother playing as Ken in Street Fighter II on the SNES.

I’m really looking forward to remembering even more ghosts of gaming past, via PAL Keys and the guests Daryl will be speaking to, over the coming weeks and months. I need to ask Daryl for the cheat codes he’s using to keep coming up with such great content.

You can subscribe to the show on iTunes now and listen to a short introduction to the show, prior to the first true episode launching on 11/01.