On the 30th October 2018, an almost unending troop of Apple (and guests) presenters took to the stage at the Brooklyn Academy of Music within the Howard Gilman Opera House, New York City, to show us there was ‘… more in the making’. They were not wrong!

Night of the Living Dead (Mac's)

Apple opened the show with a rundown of some new Mac hardware. This signalled the resurection of some long abandoned hardware, namely the Mac Mini and MacBook Air.

The Mac (not so) Mini

As I’ve alluded to before, Mac’s are not an area of focus, or interest, to me personally. That being said, however, it’s good to see these much loved hardware devices receive a well deserved refresh. It’s surprising to me that the Mac Mini is still so … not mini, given modern devices such as Intel’s NUC’s and others. As is often the arguement when it comes to Apple hardware these days, the fact you can get something smaller, cheaper, and possibly more powerful from another company is a moot point. None of these devices run macOS, so they are not going to appeal to the majority of Mac entusiasts, no matter the hardware. 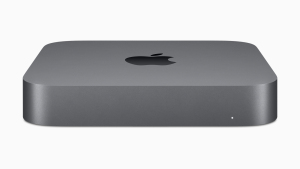 With that said, the Mac Mini looks fantastic, and there are some options available to really push up it’s performance (and price) if you so wish. It’s amusing that, when discussing the new Mac Mini, the presenter mentioned, and I paraphrase:

'It's Pro because it's Space Grey'

I understood what he was getting at, in that Apple’s Pro devices, such as the iMac Pro, do now come in these colours, but I found it quite amusing at the time. All in all, if this is the form factor you’re looking for, I’m sure you’d be very happy with the new models.

An Air by any other name

Alongside the Mac Mini, Apple also revealed the long rumoured MacBook Air refresh. As with the Mac Mini, there are plenty of other options available for a lower end, super portable laptop, but if this is the ecosystem you’re interested in there is again an interesting, viable option. Strangely, given the Air moniker, this device is actually heavier than the current basic MacBook model. The current MacBook line up is a bit of a confusing mess, to me, with very unclear distinctions between each device and what the logical progression is between moving from the cheapest / lower end device up the chain. This is, quite possibly, a symptom of me just not keeping up with the Mac hardware, however. 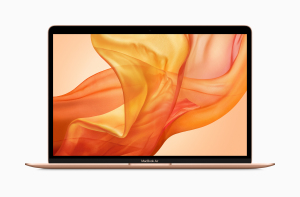 After a (rather random) update about some more in-store initiatives coming to an Apple Store near you, Apple moved onto the real star of the show. New iPad Pro’s (I’m sorry, I refuse to write ‘iPads Pro’). These beauties are really something to behold … 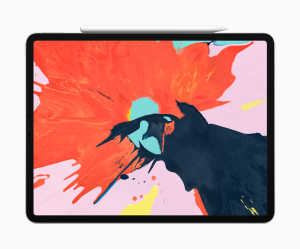 I wont bore you here by simply listing out the tech specs and the sales pitch on these devices, you can read all of that from Apple themselves. Done? Good. Now, onto some of my thoughts.

To get things started, I will tell you that I currently have an iPad Pro 12.9”, Smart Keyboard Folio and Apple Pencil Gen 2 on order. I’ll be getting the keyboard and Pencil on release date of the 7th November, though after a bit of a mess up my end, the iPad will be coming a week later.

Prior to the event starting it felt like we knew very little about the iPads we would be seeing at the event, but as soon as they were revealed it struck me that we did actually have a very good idea what we were going to see. This didn’t, however, stop my jaw from hitting the floor when I actually saw the things. Good Lord, they are nice.

The design is very reminiscent of the iPhone 5 era design with a more squared off, angular design. You’d imagine that, given this similarity to such old iPhone hardware, the device would look dated, but that’s far from the truth. It looks extremely sleek and interesting. The pitch video sold it as an edge to edge screen, now that the homebutton has finally been removed. This, to me, is pushing it somewhat. If you watch the product video, that was strangely narrated by Phil Schiller instead of Jony Ive, the remaining bezel does seem considerably smaller, but there is still a fair bit that remains. 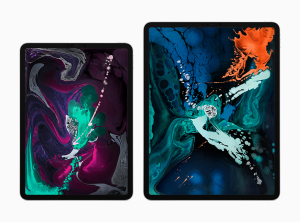 As is now par for the course with Apple and their own chipsets, the A12X chip that ships inside the new iPad Pros seems to be incredibly powerful once again. For many years now, the iPad Pro hardware has outstripped the development speed of the software side of things, but this feels like a real turning point year. The new hardware, along with the new USB-C connector, seems to line the device up for some powerful new features in iOS 13, or beyond.

On the software front, I’d love to see some more flexability on app management, in terms of how many apps you can run, how these can be windowed, and what can be shared and interacted with on an external monitor. Right now, options are limited, but Apple has all they need to now start addressing this come iOS 13 in June (for those of us brave / stupid enough to jump on the betas).

All in all, the device itself looks amazing. The 12.9” model I’ve ordered has a greatly reduced footprint (almost 25% I believe) than the last 12.9” iPad and is thinner and lighter than ever. This size, to me, seems like the logical one to go for and I can’t wait to get my hands on it.

Alongside the new iPads, Apple also unvealed a new, redesigned Apple Pencil. This, again, looks like a lovely new design. Even more exciting than a new design is the great new storage and charging method. The device finally now connects to the iPad magnetically to not only store, but charge, it.This looks, and acts, far more like the Surface Pro Pen now, which isn’t a bad thing in my book at all. I ordered one of these, despite the fact my current Apple Pencil is very rarely used. I can see this being the same, to be completely honest, though the new ‘button’ functionality you can access by tapping the device could open up some very interesting interaction methods. Once again, this is very reliant on software enhancements. The flat side will also prevent the bloody thing from rolling everywhere, which is a big bonus!

Now that the Smart Connector has, randomly, moved to the back of the device, Apple had yet another accessory to tempt me to spend more of my, and our, hard earned money.

The new keyboard, called the Smart Keyboard Folio, now covers the entirety of the back of the device, which actually looks pretty nice. The keyboard part, it seems, looks to be essentially the same as the previous generation, though it does have a new viewing angle (one for watching media, one for typing) which is pretty interesting. 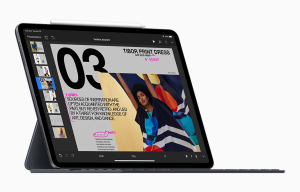 I’ve worked my way through, at one time or another, pretty much all of the main iPad Pro keyboards (Brydge, Logitech’s various offerings etc.) and while many are great, I’ve always come back to the Apple Smart Keyboard. It’s simple, connects (and disconnects) extremely quickly and it’s just nice to type on. I’ve always hated ‘clacky’ keyboards, so it suits me just fine. At £199 it’s absolutely ridiculous, but in for a penny in for a pound I guess.

As mentioned, I’m extremely excited to physically get this device. It looks amazing, and I can now bump up from a 10.5” model back to a 12.9” version without gaining quite as much size and weight. That, to me, sounds pretty exciting in of itself. I do, however, feel we’re only seeing half of the story that is this generation of iPad Pros. The hardware is, once again, a massive leap forward, but I think we’ll see the next chapter come the release of iOS 13. Like it or not, the Mac has clearly had it’s hayday. The iPad’s, however, has yet to come. I, for one, am very excited to see what comes next for my favourite bit of kit.

When I do finally get hold of my new iPad Pro I’ll be sure to share some thoughts both here, in writing, and on the podcast for those that are more aurally inclined.