As the big technology companies we know and love today continue to grow, there are fewer and fewer facets of their businesses and models to differentiate them. Almost all of the huge technology companies today harvest us for our personal data (both knowingly and sometimes even unknowingly to help fund, and enhance, their offerings.

These companies will often give you a service or feature for free, though they are very rarely really free. Just because you don’t physically pay for something, it doesn’t mean it’s free, however. Companies like Google and Facebook have a need to collect, share and monetise the data you’re giving them, to better sell ads, which is how they ultimately make their money. You are not a customer to Google or Facebook, you are a commodity. You pay for the use of all of Google’s services by providing them with a ‘data currency’. Much like I cannot dictate to Apple what they spend the money I have given them for my iPhone on, I also cannot dictate where Google spends my ‘data currency’.

For many people, this is both obvious, and completely acceptable. For most, the return you get from Facebook or Google is well worth the cost you pay, in terms of privacy and control of your personal information. This is, of course, a completely valid way to do things, and I’m not here to tell anyone otherwise. I’ve been a heavy user of Google for many years now, though I am trying to find alternatives to many of my use cases, so I can take back control of my data a little.

The point of this article isn’t to convince anyone that they shouldn’t use data harvesting services, it’s more a Public Service Announcement that there are alternatives out there which are completely viable. While Facebook and Google are at one end of the spectrum, Apple has positioned itself well and truly at the other end. I have, clearly, very much brought into the Apple ecosystem and find myself sharing many of the same beliefs and viewpoints when it comes to how my data is used. If you want to read into Apple’s own stance on privacy across their devices and services they have a fantastic micro site which I would highly recommend running through. They clearly take this very seriously. 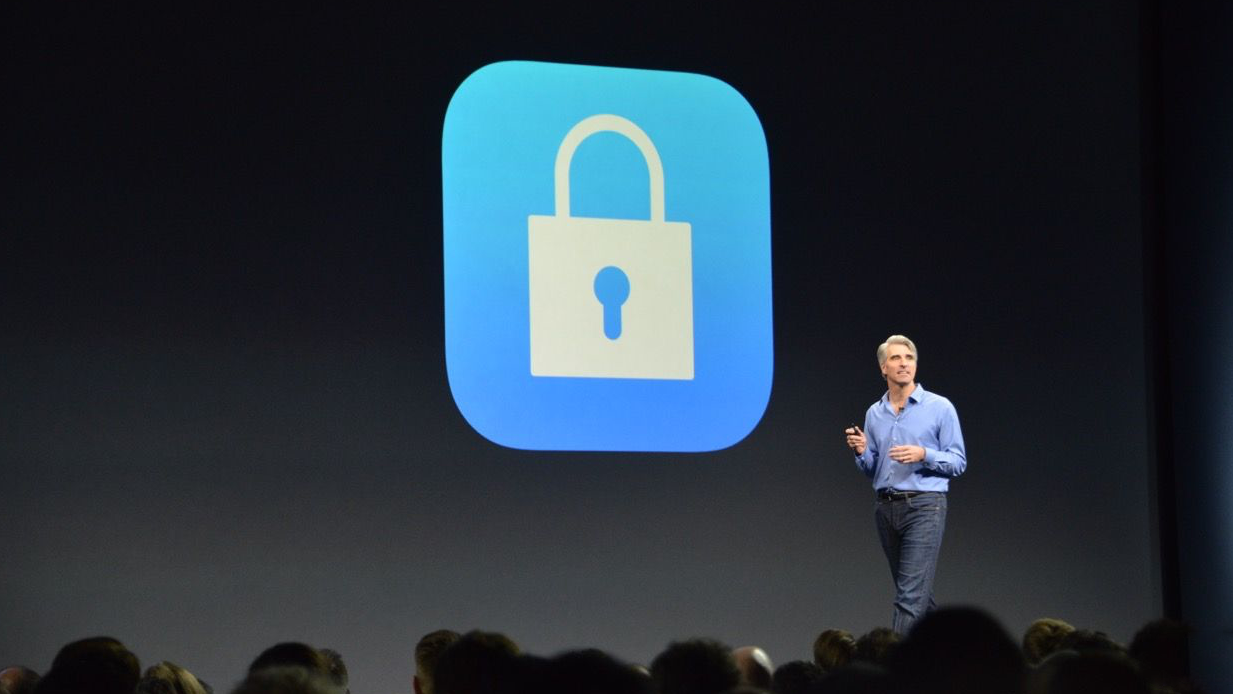 Many of the services we use today, for the various things we do one the web, are so engrained into our brains, and even muscle memory, that it’s difficult to even consider using something else. When someone says they are going to look something up online they don’t say ‘I’m going to go and look that up online’ they say ‘I’ll just go and Google that’. It’s become second nature, so it’s easy to see why people often won’t even consider alternatives, or even know where to look. The list below, and the rest of this article, is just an informational piece about what else is out there, that will respect your desire for privacy, but that will also help you to be productive online. Take from it what you will.

Even for people that don’t generally use Google services, it’s often hard to escape Google as a search engine. As mentioned above Google is search for many people. That’s not to say there aren’t a lot of alternatives out there. Seeing as this is an article about privacy, however, there is really only one recommendation I can make, and that’s DuckDuckGo. While this search engine is near enough the least used of the major players trailing Google, it’s seen some massive growth recently. It was a big spike a few years ago when Apple added them to its list of built in search engines in iOS and again, more recently, following some high profile privacy issues from Facebook et al. I’ve been using DuckDuckGo on and off over the years, and it’s really grown a lot better over this time. It’s my default on iOS now, and the occasions I have to fall back to Google are few and far between. DuckDuckGo doesn’t track users, it doesn’t show you ads and it’s got a few interesting unique features. To save taking up too much space and time here, I’d recommend checking out their About page which has a lot of great information.

As an iOS user, you don’t have to look very far for a Google Maps alternative. Apple Maps launched with iOS 6, way back in 2012 and, whilst it took a lot of heat at the time, this also has been steadily improving over time. Lane guidance has been added recently and Apple are in the middle of a huge redesign operation. I’ve been using Apple Maps as my default navigation and mapping system for a year or so now and it’s been very good in my experience. The navigation side of it is slowly improving as well, with ETA accuracy now getting very good. If you haven’t used it for a while I would recommend checking it out.

There’s more to Maps than just navigation, however. The Google timeline can be very helpful or interesting to some people. This feature shows you all the places you’ve visited, thanks to the 24/7 tracking Google can do of you, and your phone. If you want this information, but you don’t particularly want Google (or others) having it also, you’re in luck. I recently discovered a small little app called Visits. Visits tracks your location throughout the day and presents a local copy of this in the app. You can then simply browse through your timeline whenever you want. 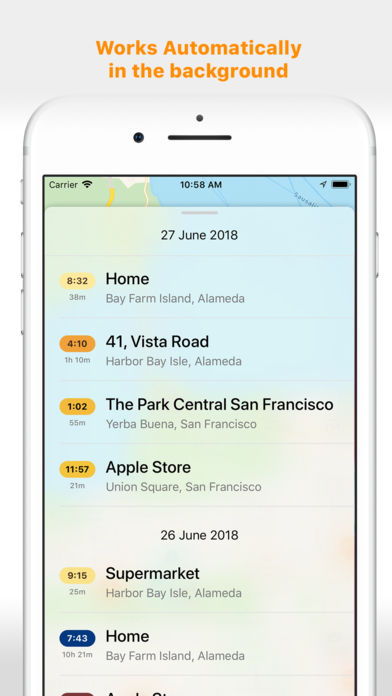 You can edit each location to give it a custom name, also, which is a nice touch. The developer stresses that your data is your own, and that privacy is very important to them. You can only trust this so far, I guess, but it seems legit and it’s a nice, streamlined way of getting some interesting metadata in your life.

Google Photos is a service which is pretty hard to beat. As long as you’re happy with some quality degradation, you can store as much as you want in Google Photos. Not only that, but Google’s algorithms will parse your photos and put them into albums, or even add some automatic editing effects. Why would Google give you such a robust system for free? Well, once again, this is far from free, in many ways. You can get away without paying a penny, but this cache of millions of people’s photos must be an absolute goldmine for feeding Google’s AI / Machine Learning juggernaut. While, presumably, no real humans are pouring over these images, Google’s AI system most certainly is.

As with Maps, iOS users again don’t have to go far to find a powerful, alternative to Google Photos. iCloud Photos / Photo Library allows iOS (and macOS) users to store as many photos as they like (storage space permitting of course, unlike Google’s free tier). With Apple’s offering, however, you’re again a customer, not a ‘data cow’, ready for milking. So, while there is a cost associated (once you’ve used up your meagre free 5GB) you remain in control of your content. Apple does recommend some tweaks, or will create smart albums (called Moments) everything is handled on device.

What’s pretty self evident from the above is that, for the most part, not only are there great third party alternatives to many Google / Facebook / other data gathering companies products, there are also great first party ones too. The iWork suite can replace Google Docs and Sheets. iCloud Drive can handily take on Google Drive and Maps is getting there when compared to Google Maps. There are, however, certain products or services that seem to have no real counterpart whatsoever.

YouTube has a complete monopoly on ‘home made’ video content. Your best bet in this case is to use YouTube logged out, though this does still allow for a modicum of tracking. Many tracking companies use some pretty sophisticated ‘digital fingerprinting’ these days which aim to match your data across services you’re logged into, with those you’re not, by analysing behaviour and even the IP of the device you’re logged into. There really is no escaping it.

The market is crying out for a viable alternative to YouTube, though it’s a service that, I would imagine, is never going to get a privacy focused version. No one is going to pay for a YouTube competitor at this point, and I can’t see how else you could fund something like that without it, without resorting to ads. This is one you’re likely stuck with I’m afraid.

Beyond this, it’s clear that we have a lot of options in what services we use, if we want to have privacy at the forefront of what we do. It’s also clear, sadly, that Apple are one of the few major tech companies that, on the face of it at least, are really taking this seriously and giving their customers the power to control this. It seems that, by using iOS / macOS, which I assume you do if you’re here, you’ve already taken one of the biggest steps you can to ensuring you’re the customer not a commodity.