A few weeks ago, David Sparks posted an interesting article over on his blog about a Siri Shortcuts Homescreen. The basic premise of the article was about how David had replaced the apps on his home screen with just Shortcuts actions. This was done by creating various Shortcut Shortcuts (is that what you call them?) and then simply adding them to the home screen with custom names and glyphs. David created a video detailing his setup, if you want to explore this further.

I thought this was a super interesting idea, but also incredibly limited if you use this to simply launch apps which you could launch far quicker via invoking Spotlight search and finding your app there. The idea of fully replacing my home screen with Shortcuts didn’t strike me as something I’d like to do.

After running through the video, however, it struck me that this method could be used, sparingly, to replace the tired home screen folder implementation that we’ve had on iOS for years now. I’ve always avoided having folders on my main home screen, for whatever reasons, so this seemed like an ideal workaround. I could, essentially, avoid the need for folders, but also retain / gain an ability to have more apps accessible from my home screen.

I can now, for example, quickly launch my ‘Entertainment’ Shortcut to get access to music, podcasts, books, audiobooks, or games etc. The flow below, for example, launches some options to listen to some things (an audiobook in  Books in this example). 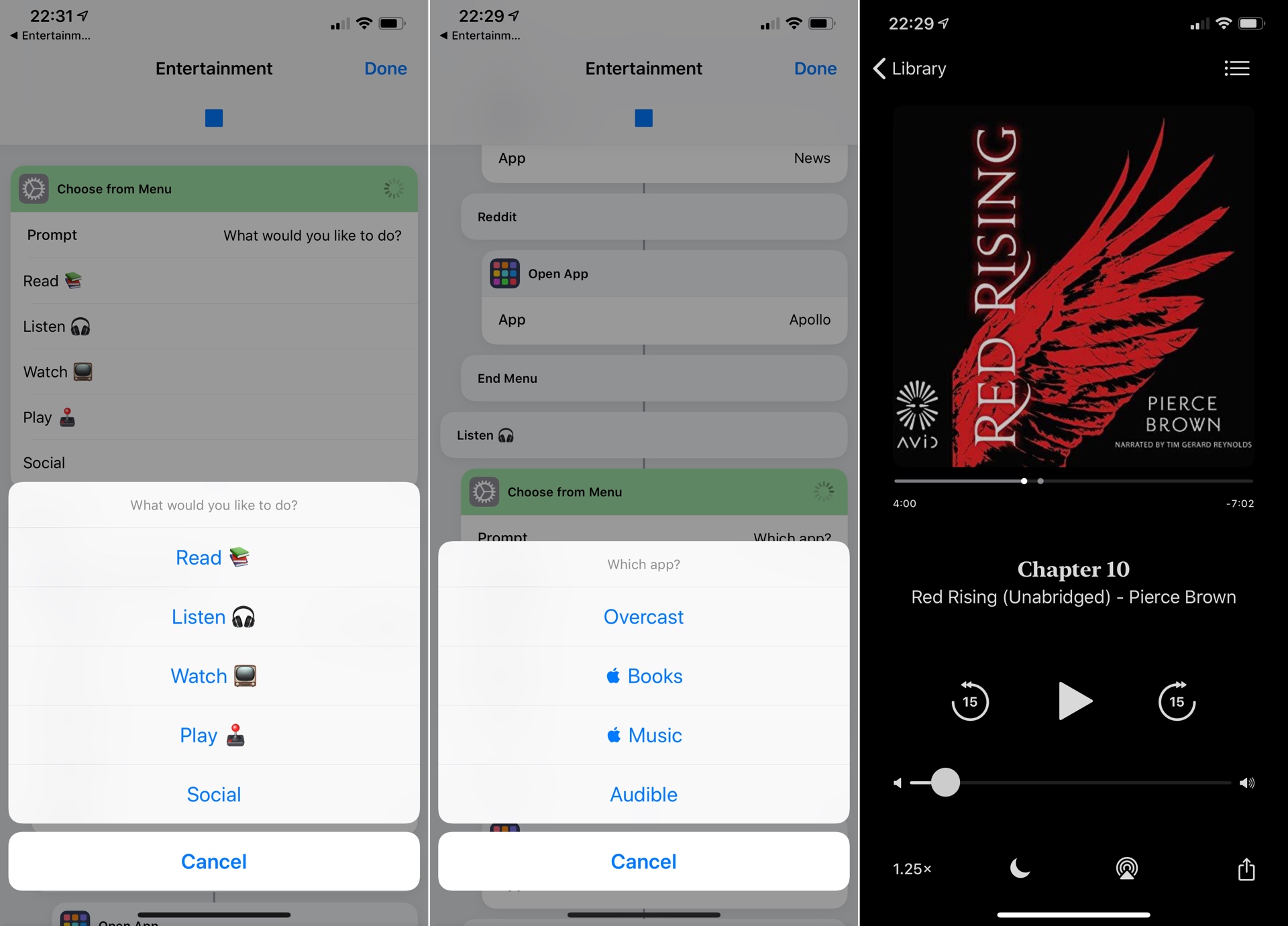 This action does, of course, jump into Shortcuts while it runs through each step, allowing you to choose options from a menu, so it’s not a hugely elegant solution. This still looks far better than the now dated and ugly home screen folders, however.

Creating a Shortcut like this yourself is incredibly easy, should you want to. You just need to use the ‘Choose from Menu’ action in Shortcuts to setup your initial selection. As you do this, each option you create will create sub sections below, which you can then populate with various ‘Open app’ actions, or even nest another ‘Choose from Menu’.

You can download my example to use as a base, if that sounds easier, though it is only really made up of the 2 actions mentioned above.

Shortcuts continues to be one of my favourite apps / features in iOS to date, and this simple solution to a long running problem is another example of its versatility.